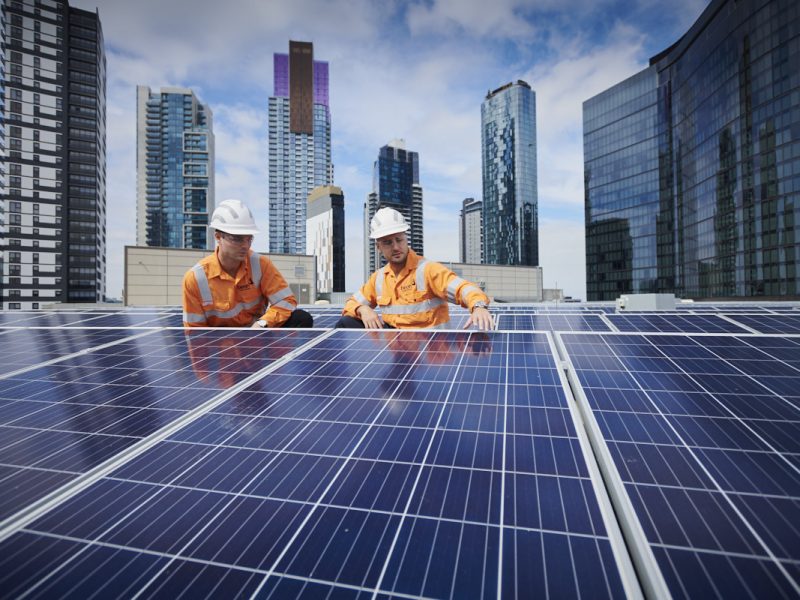 Crown Melbourne Engineering Manager Jeremy Sampson said the environmental and financial benefits had made a compelling business case for solar. Each year more than 21 million people pass through the building. Open 24 hours a day, the Southbank venue’s energy costs are substantial. Mr Sampson said the company was constantly on the hunt for energy conservation opportunities. “Crown has been looking at solar options for a while, and the business case for a solar installation made sense,” Mr Sampson said. “Crown chooses projects that are guaranteed to provide positive value, and it was the right decision to proceed.”

Previous projects have focused on air-conditioning and electrical savings, lower water use and waste reductions. Mr Sampson said the Beon solar project was delivered quickly and without complication, with just a few months between the start of works and commissioning of the technology.

As part of the project, 923 photovoltaic panels were installed on top of Crown’s administration building on north-orientated 10-degree tilt frames. While similar panels are commonly installed on metal roofs, the concrete surface posed a new challenge for the installation team. Any fears of teething issues were quickly allayed, Mr Sampson said. The system also needed to integrate with Crown’s co-generation plant, which provides standby emergency power and heat capacity.

Since being switched on in January, the rooftop solar system has run 24 hours a day, seven days a week, with strong power ouput. Mr Sampson said Crown was highly satisfied with Beon’s delivery of this solar project.